As for hope, it is one of the spiritual stages of the common people. It means waiting for someone who is absent and looking for something that is missing. Hope is the lowest of the stations of mystical progression, because it can apply either to aloofness from God or to reapproachment with Him. Hope is, in effect, very close to falling into levity. The value of hope, as described in God's revelation, is: "Those (who believe)... may hope for Allah's mercy..." (Qur'ân 2:218) But this attitude means defeat in one's ascetic combat. In another place, we find: "He that hopes to meet his Loard must know that Allah's appointed hour is sure to come. He alone hears all and knows all." (Qur'ân 29:5)
Hope is alson discussed in the prophetic traditions, where it is shown to be useful in cooling down the heat of fear in a man, thus preventing desperation and discouragement. So hope is good therapy for the malady of fear, and it is precisely fear that most often afflicts the common men of our sect. For the chosen sufis, on the other hand, hope is either a mere complaint or a quiet considerationof recompense. Hope is actually a form of blindness, because the slave on the path of piety and benevolence is already in the sea of God's generosity and sympathy. He is submerged under such a torrent of charity that he is no longer able to see the grace of his Master. Also concealed is what he knew of man's two abodes (this world and the next). So hope is weakness, shackles, transitorinen and infirmity. Hope applied to love results eventually in stagnation. God said: "Would you serve false gods instead of Allah?" (Qur'ân 37:86) His existence, His generosity, and His patience leave no goal for the mystics; His generosity leaves them no hope; His comprehensive love in the two worlds leaves no marks on their hearts:
"Do you not see how your Loard lengthens the shadows." (Qur'ân 25:45)
"If three men talk in secret together, He is their fourth;..." (Qur'ân 58:7)
Someone asked: "What is the goal of those who seek intuitive knowledge?" The mystic replied:
"Continuity of the object of that intuition."-whereby he meant the permanence of the will of God and the obliteration of individual choice, because God eternally preserves the object of intuition in His very being. "That which is not true must then be false." (Qur'ân 10/33)It is related that an Arab's female riding-camel lost its way during a night that was pitch-dark. He searched a great deal for his camel, but to no avail. When the moon came out its light spread everywhere, and the Bedouin saw his camel kneeling down with its saddle in a valley. He was delighted, because he had already passed that valley, and the darkness had prevented him fron seeing the animal. So the Arab lifted his head and addressed the moon:
"What can I say, since my emotion chokes me, And you have saved me the trouble of speaking in detail?
If I say you are still risen there, it is surely true. Or if I say that my Master has eclipsed you, it is also true."
And so those who know God have neither hope to cling to nor aspiration to enslave them. Their uppermost hope is that He care slightly for them, and indeed their conditions are apparent to Him. For that reason, the Prophet of God talked as follows about the pleasures of those who dwell in paradise:
"They have in paradise what no eye has ever seen, what no ear has ever heard, and what has never occurred to a human; it is a treasure different from all thet you are acquainted with."
If such is the reward of those in paradise, can you begin to imagine the reward of those mystics whose bearts have merged with God Almighty? One of them has said:
"Tell my hopes to go away!
Let my friends fulfil my promise.
I used to enjoy You as a bosom friend,
One who was kind and pleasing to me.
But now I feel the breeze from the garden of Your Unity.
And I see You as a misty shadow.
With the appearance of such signs,
I have no need for any guide."
God said: "Those that fight for Our cause We will surely guide to Our own paths. Allah is with the righteous." (Qur'ân 29:69)
IBN AL-ARIF, Mahâsin al-Majâlis, translated by William Elliott and Adnan K. Abdulla, Avebury, 1980, pp., 50-56. 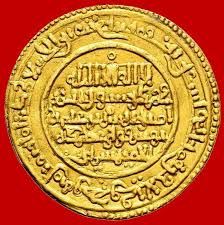